A prematurely ageing appearance is common in people with faces that lack adequate structural projection of the face. Not unlike a sagging tent with rather short tent-poles.

Faces that are perceived as beautiful always have a well-formed and defined facial balance and shape. This includes the contours of the sides of the lower face edge where it meets the neck, the chin and the contours of the neck. Through the jaw line enhancement, this area can be accentuated, the skin can be toned and a double chin can be reduced.

Three to fifteen percent of the population has a mismatch between the growth of their upper and lower jaws.

This can manifest as:

Mr. Komath is the Clinical lead in facial deformity surgery at Royal Free Hospital London. He has a keen interest in helping surgically correct the concerns, lack of confidence and poor jaw function resulting from this imbalance.

The results of this type of surgery are a good function and pleasing and transforming facial appearance. 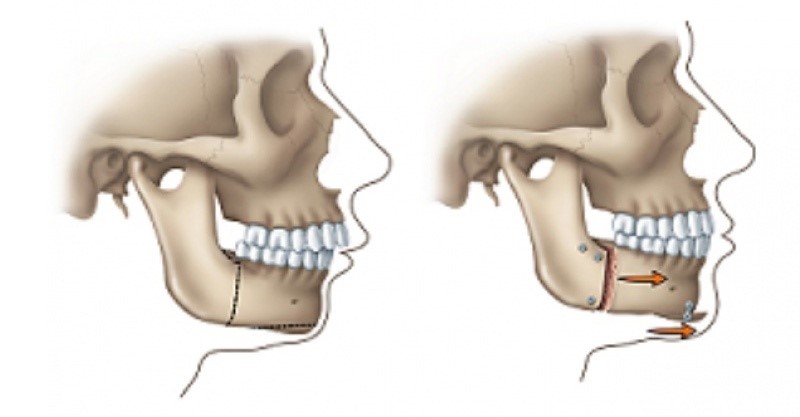 Planning for the surgery

The treatment is largely painless and leaves very few visible scars. It is performed under a general anaesthetic. Patients can go home the day after the operation. Surgery is carried out through the mouth leaving very little visible scaring. After the operation, there will probably be swelling for around ten days. The result is long-lasting and gives a beautiful definition to the side edge of the lower jaw and neck area. For patients with a small, recessed chin, jaw-line enhancement is often recommended along with a chin enhancement.